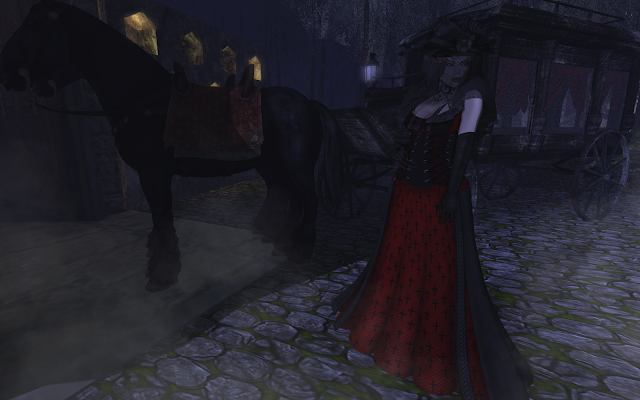 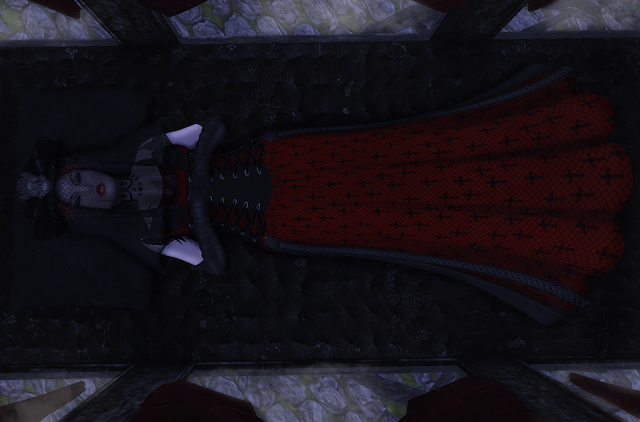 Well hello!
It hasn't been that long has it? Don't worry, I Have lots of stuff to show. I've been having quite a bit of fun with my SL, the styles...finding all the things I love!
Goth fashion is not new to Gia's World at all. In fact, it is worn often and happily! Those of you that have been residents of Gia's World for quite some time now, don't need to be told that either.
I almost see it like a challenge. With so many events always popping up around SL, there's only but a few that are darker themed ones. Suicide Dollz, Woeful Wednesdays, The Witching Hour. Then of course around Halloween, several pop up so that is usually when all the goths creep out of the coffins and come out to play! Fun times! But back to what I was saying, I almost find it to be a challenge that when I go to these events, the popular ones...Collabor88, Fameshed...Etc, for example, I pic out what things I can use to pair up with my gothy outfits. Sometimes I can luck out and find a few things both most times, I end up gathering stuff for my eclectic taste.
Needless to say, when I see darker stuff pop up randomly, I cheesy grin like a kid in a candy store!
Death Row Designs made this ahhhhh-mazing 15 LI carriage hearse and I... *sigh* fell in love with it! It has a HUD to change the color of the seats and curtains in the hearse and over a 100 poses, single, couple, clean and adult versions...for those girls that get...you know.
It just so happened that my beloved DRBC released this gorgeous gown for Suicide Dollz!
I had no other thought in mind but to pair the two together for a fabulously dark Elder Goth look and I just adore it! DRBC has also released some super cute jackets at Suicide Dollz, you won't want to miss ANY of it! 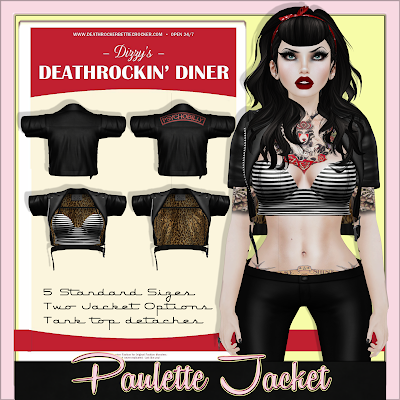