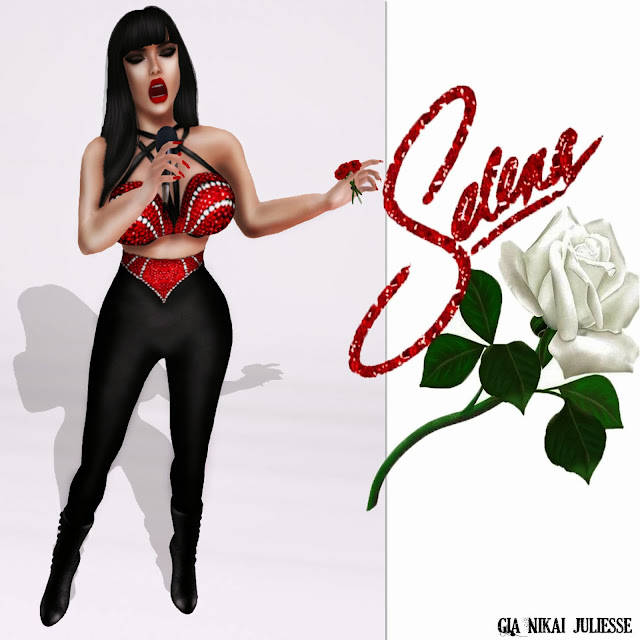 So I made my way to the Singers Icon Fair. Actually, I saw another blog post with a cute lil purse featured and followed the link. To my surprise, there was an entire event going on unbeknownst to me! Are bloggers supposed to admit that? In any case...I ran into something that surprised me. Amongst all the mainstream performers, 80's music, pop stars... so on and so forth...there in a little corner was an outfit I recognized immediately. It was an outfit I've seen so many times before. How could I not pay homage to a true Icon? I fell in love with her music when I was a young girl. I grew up following her dance moves and memorizing her every lyric. The day she was killed, I cried as if someone in my family was taken from me. I was only 14, I remember it like it was yesterday, I'll remember it always. Acapella, live, recorded...no matter how you hear her. No matter what genre of music you like. No matter if you don't understand Spanish at all. It is simply known that this woman was talented.

Poses:
No Strings Attached- Song in my Heart