"She Called Out A Warning, Don't Ever Let Life Pass You By..." 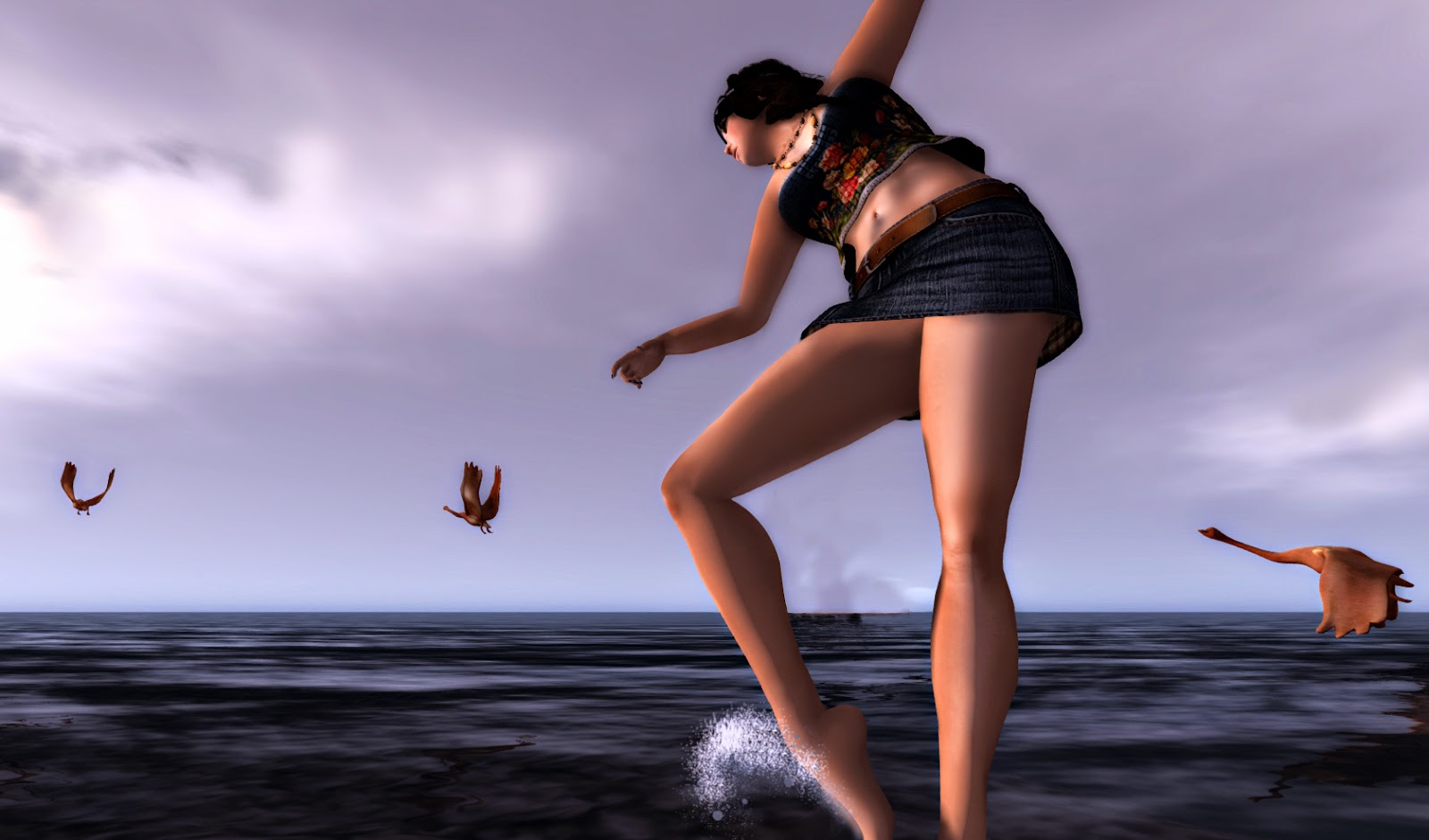 {This photo taken at Annwn Willows} 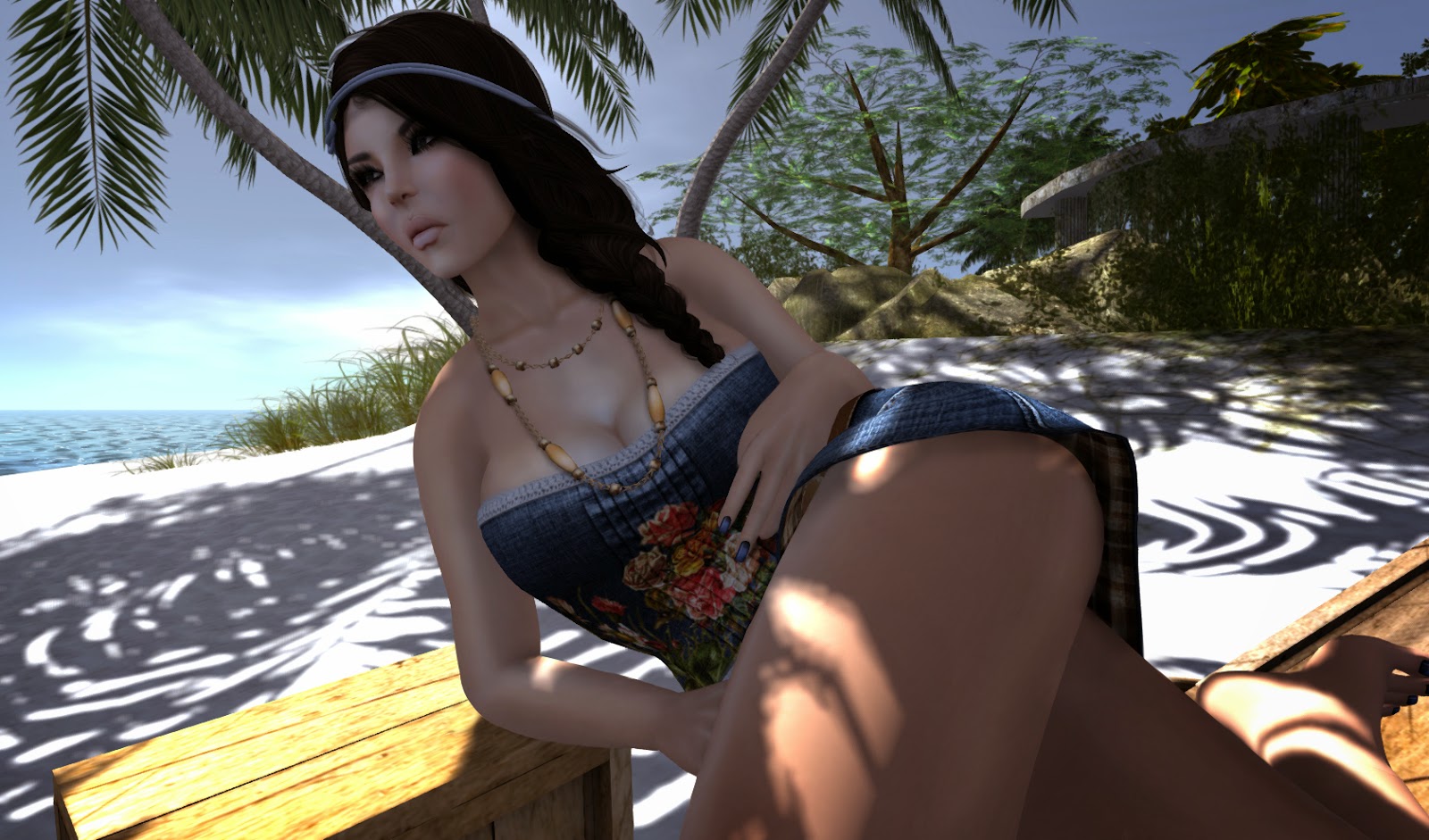 {This photo taken at Santaurio}
"Bat your eyes girl, be other worldly. Count your blessings, seduce a stranger. What's so wrong with being happy? Kudos to those who see through sickness....yeah." ~Incubus 'Warning'

I so warned you that the post I did that included Eudora wouldn't be the only time they were featured! In fact, now they're going to be an all around regular staple in Gia's World!

I am featuring their newly released denim beauty. Perfect for spring/summer outings. Like the Eudora brand shoes, the texture on the clothing is just as impressive. Mesh of course, with a perfect fit. It includes a HUD to swap around colors and goes great with a par of their wedges. I had them on but kicked them off to play in the water above. 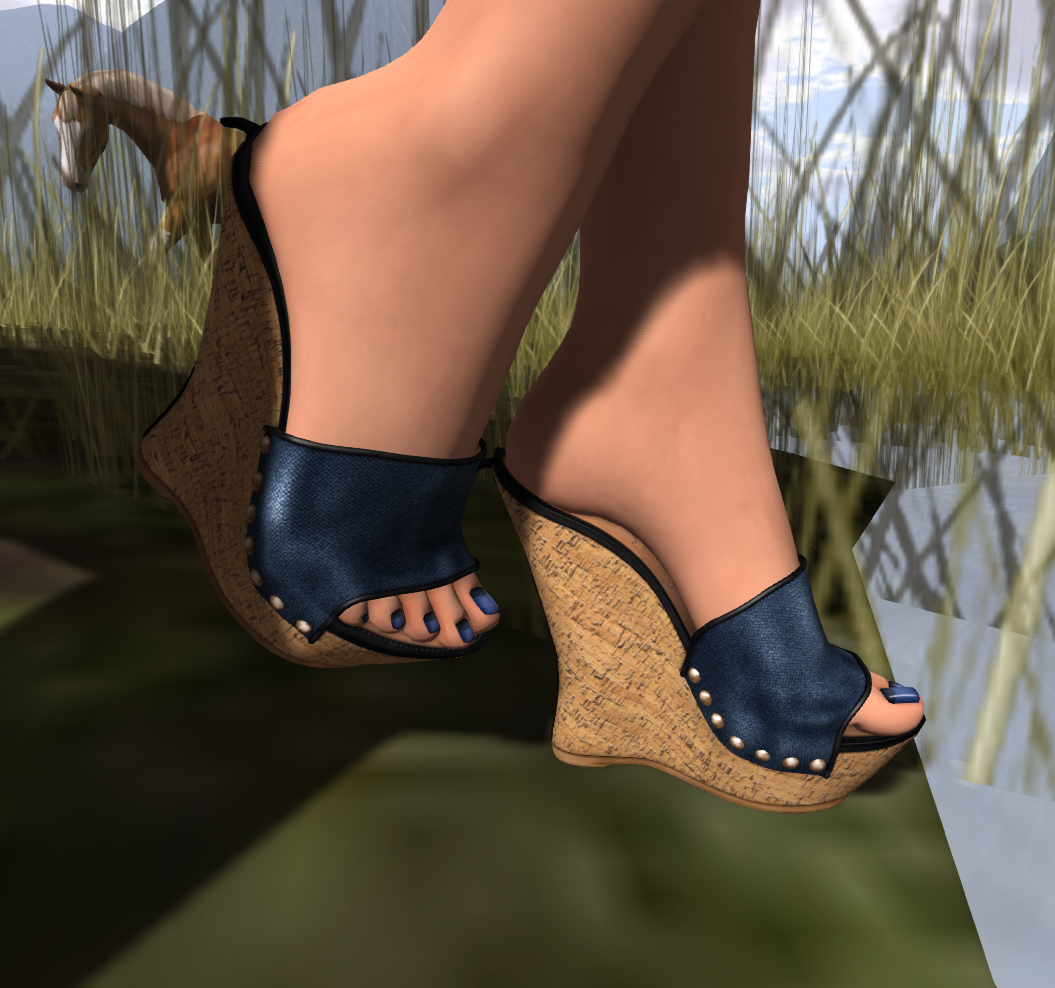 The outfit inspired a very down home, laid back vibe where minimal accessories were needed. Maybe some soothing music, a cold drink and the company of...me! Hey, I am a natural introvert. I enjoy my own company.

The outfit is available at the mainstore along with the wedges and another newly released pair of heels that I am SO excited to show off!! Although I am sure you all have them in the inventory or on the pixels by now, and if you don't make it a priority to snag them. Or be like me and just snag the entire store! It's all very worth it!

I have another pose fair fav featured too (at top) by Grafica Poses. I was pretty amazed with the selection they made available to us. From straight stare stands to very artsy type poses. Great for standing pretty pictures or for Second Life works of art. Definite must haves for us pose collectors!

Also, here is a better view of my loverly mani and pedi, along with some other color options by 'Nailed It'. One of Gia's fav places to get my nails done in world. 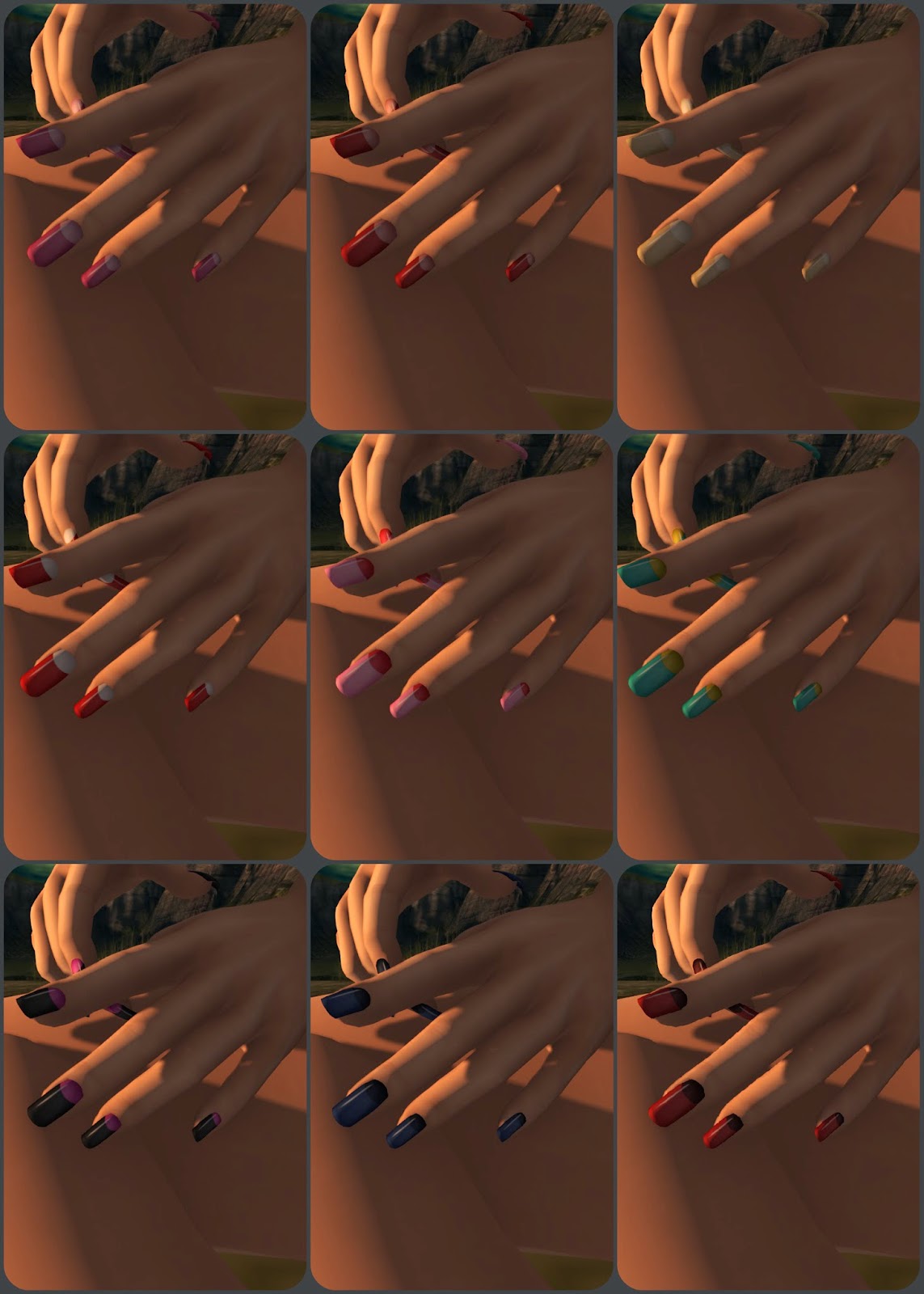 Until the next postie, which will be sooner rather than later! *sends a ton of smooches to you all*