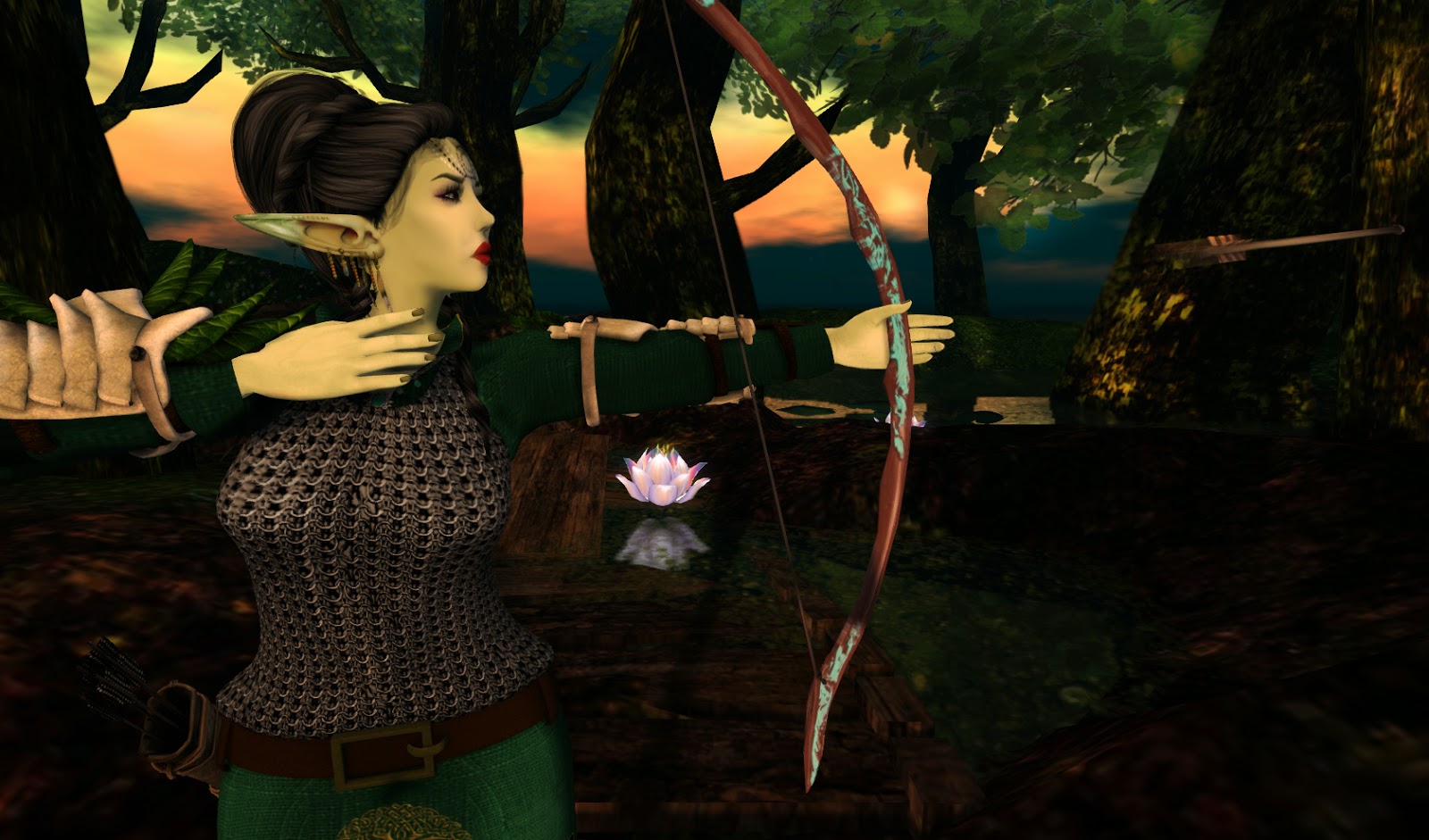 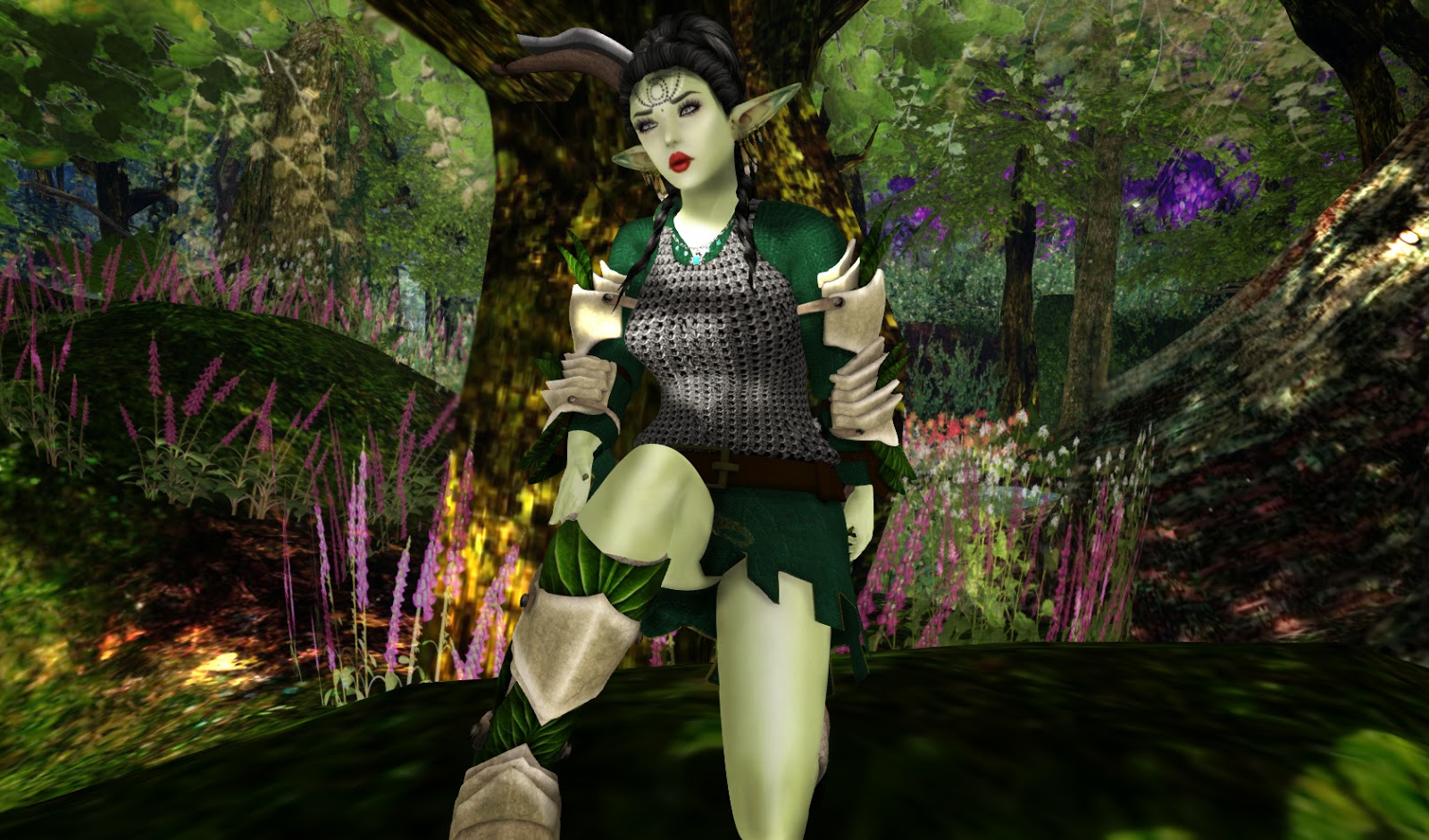 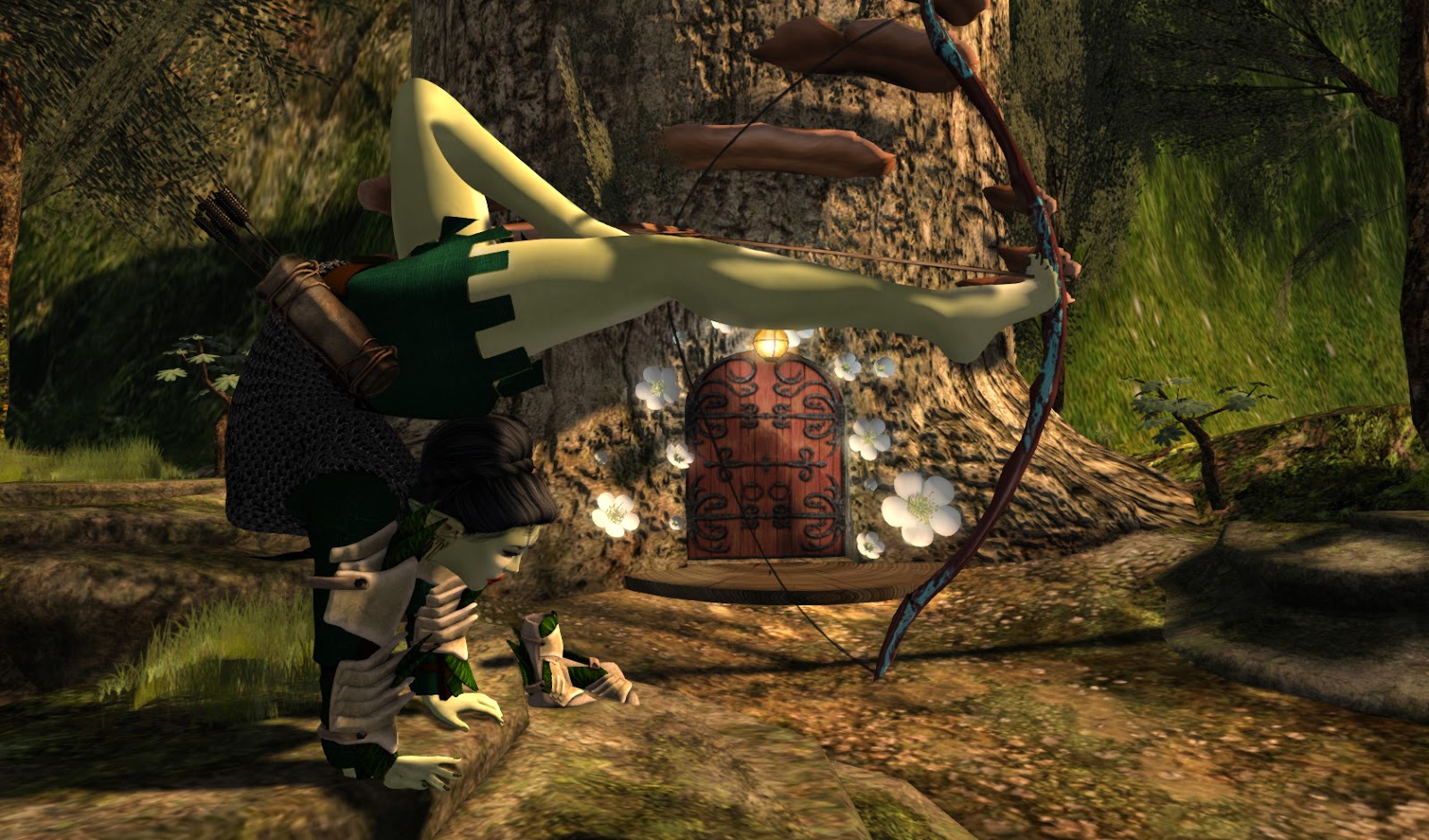 {All photos taken at Fairelands Junction}

I have a love for my Elves. I played a game called 'Neverwinter Nights' many moons ago and almost always, the Elven race was chosen. D&D on PnP? Elf. Rogue. Ranger. (Fighter added to that if I wanted the elite build haha) Did I just get too nerdy for you?
There's something about their elegance, beauty, dexterity. So I thought I would bring a nice little elf warrior to grace my blog.

*The small man, known as a traveling bard, let his sack fall on the ground next to the warm crackling fire. Night had fallen, another town reached and he simply wanted to allow his eyelids to fall and melt into the log bench that looked like a wonderfully soft place after such a long journey. No such thing. You see, when a bard arrives in any town, word travels fast and the townsfolk are curious as to what was encountered during his travels. A dragon? A dragon slaying?! Fights of heroes? Spotting villains?! The townsfolk quickly surrounded him and the man knew and said to them, "Oi! If I plan on gettin' me rest, I 'spose I better tell you me tales!" The townsfolk laughed softly but nodded and smiled at each other and at him. All seated on the benches or the ground around the fire, a mug of ale in most hands waiting for the small man to get in place in the center of them all, which he did. He unstrapped his Lute from his back, rested his foot on a rock and strummed it, immediately entrancing his listeners..and then he began his tale in a deep husky voice, one that would never let a person around him ever forget it....

"Small but fierce she is as the protector of the Fairelands. Not a single sound is heard when she moves. Not a brush of her step... against the ground, not the pull of her bow as she draws back. The only thing one might hear is the soft whistle of the wind right before her arrow reaches it's destination. Hopefully that destination isn't you! *the strumming of the lute quickens* With her arms she is quick, on her toes she is quicker...and stories have been told of her ability to shoot an arrow through ones heart even if her hands were bound still she makes no sound and yer fate has been sealed. *the tunes softens again back to it's melodic tone* So my friends I say, when you reach the Fairelands, make it known when you approach. Stow away your weapons, be a friend and not foe, less you're wanting your last caress to be from the arrow of her long bow! *dramatic final strum*"


Back soon my luffs!