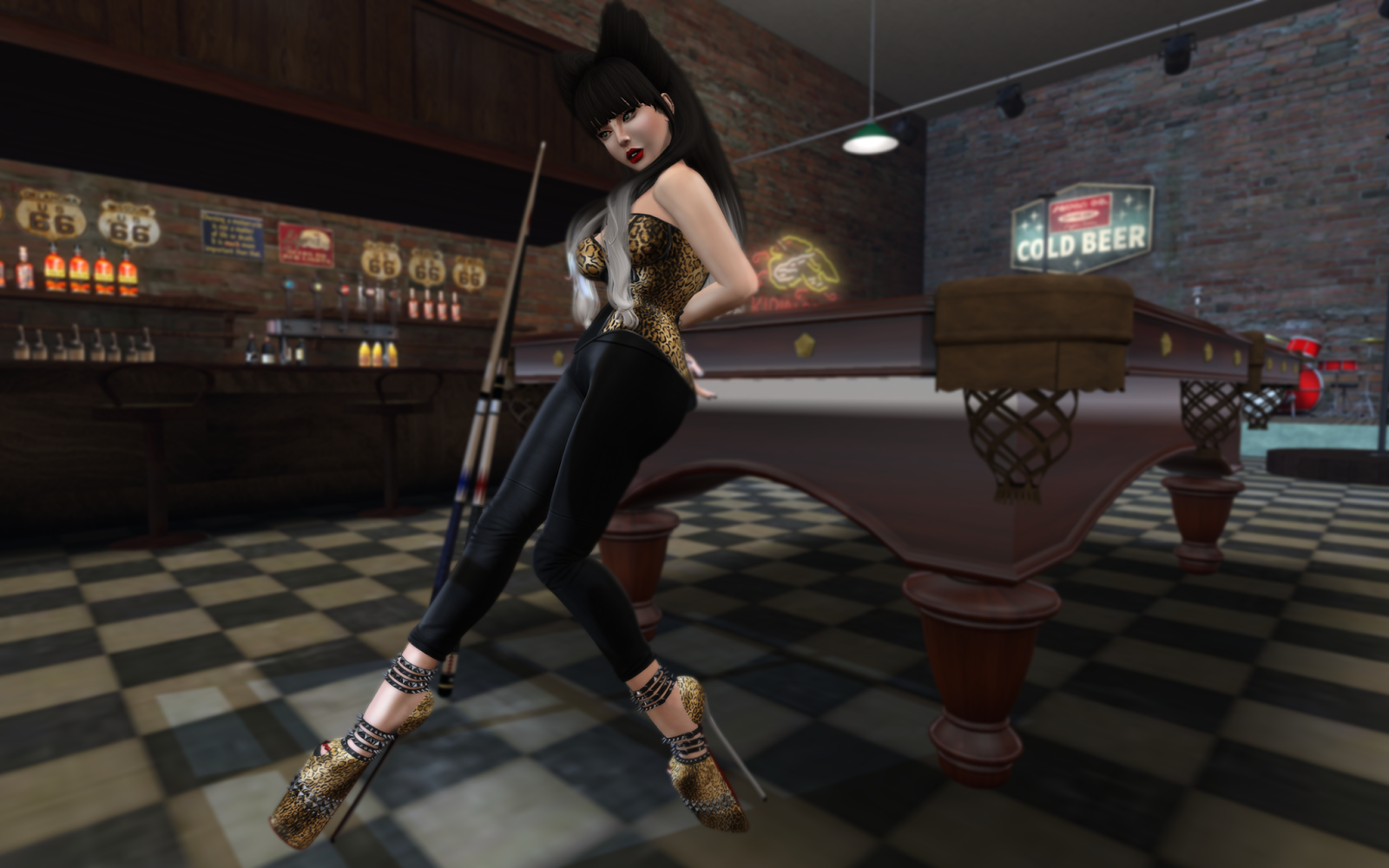 Well hello there!
It's been awhile since I've had fun with a DRBC Double Banger so I thought I would do so just now!
I've linked the facebook page above and if you haven't followed it already, make sure to do so because you will most definitely want to keep up with the awesomeness she is constantly dropping. Seriously, I can't keep up, but that's a good thing!
DRBC recently opened a lil chain location at Retroville, which is linked under my pictures.
What is Retroville? Do you remember Hard Alley? "Before it was Hard Alley, SL's FIRST dirty urban RP sex sim, it was Retroville, a gleaming city of hope and dreams!  But behind closed doors, a darkness is growing." So that is what is quoted from their sim description.
I was super impressed with the layout and design of the sim. So many different people have participated in it so I won't even attempt to name them all but I do know that besides Hard Rust and Spirit, my girl Jaimy (owner of Death Row Designs) and her partner in crime Tito are a big part of it as well.  And like I said, many others!
So, do feel free to head over and pay Retroville a visit. Especially my followers that are roleplayers. The place has awesome potential for roleplay and I can't wait to see it in action and maybe get in on it (if I can get some free time that is!!). Oh and if you go, take pics because I want to see. Mind you, I meant get in on roleplay, get your minds out of the gutter! Only my mind is allowed to live there.
Okay enough chatter box Gia for now. Go shop all things DRBC cuz the cuteness! Landmark Retroville and have a blast taking it back to the 50's, one of Gia's favorite era's!!