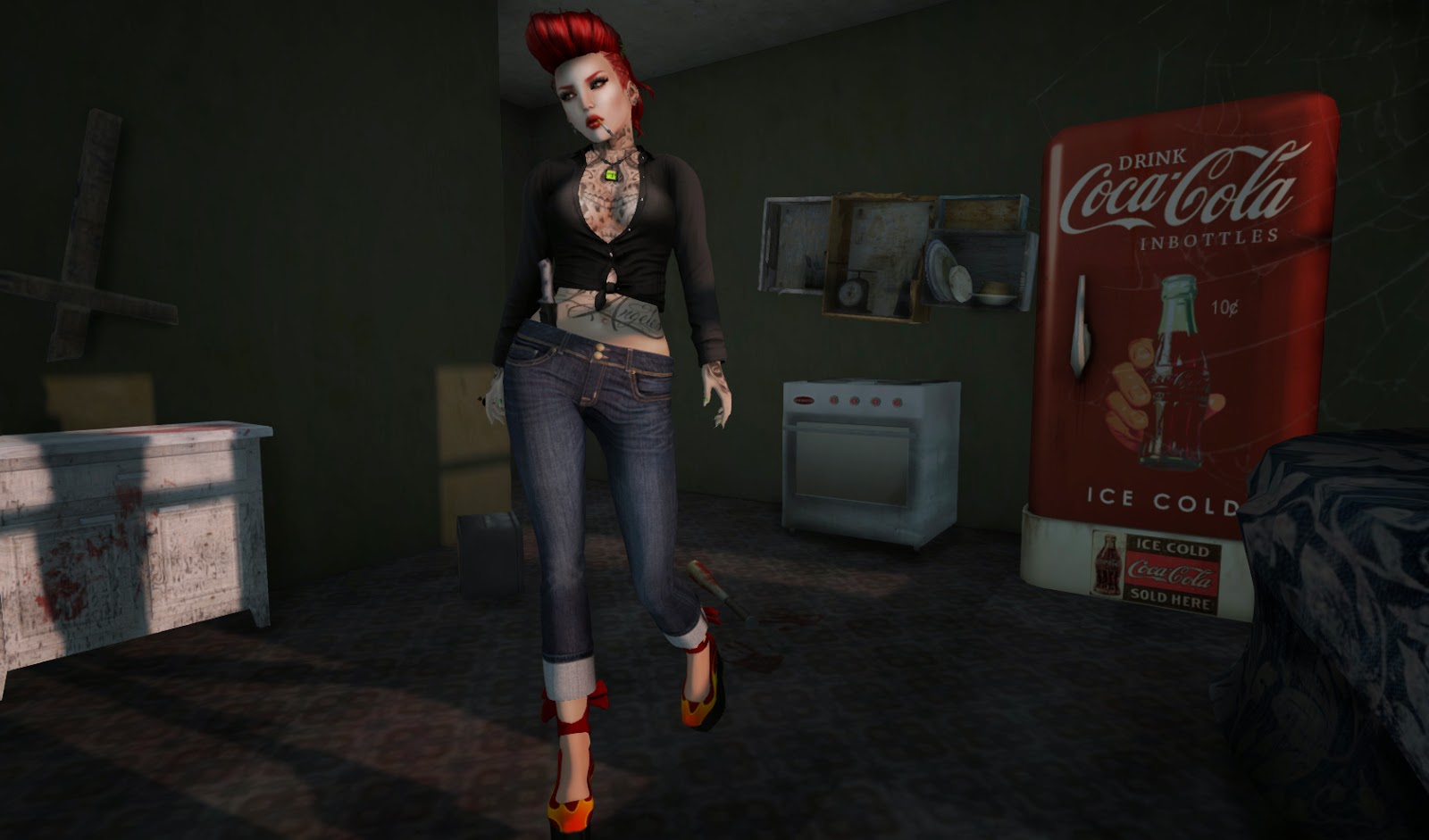 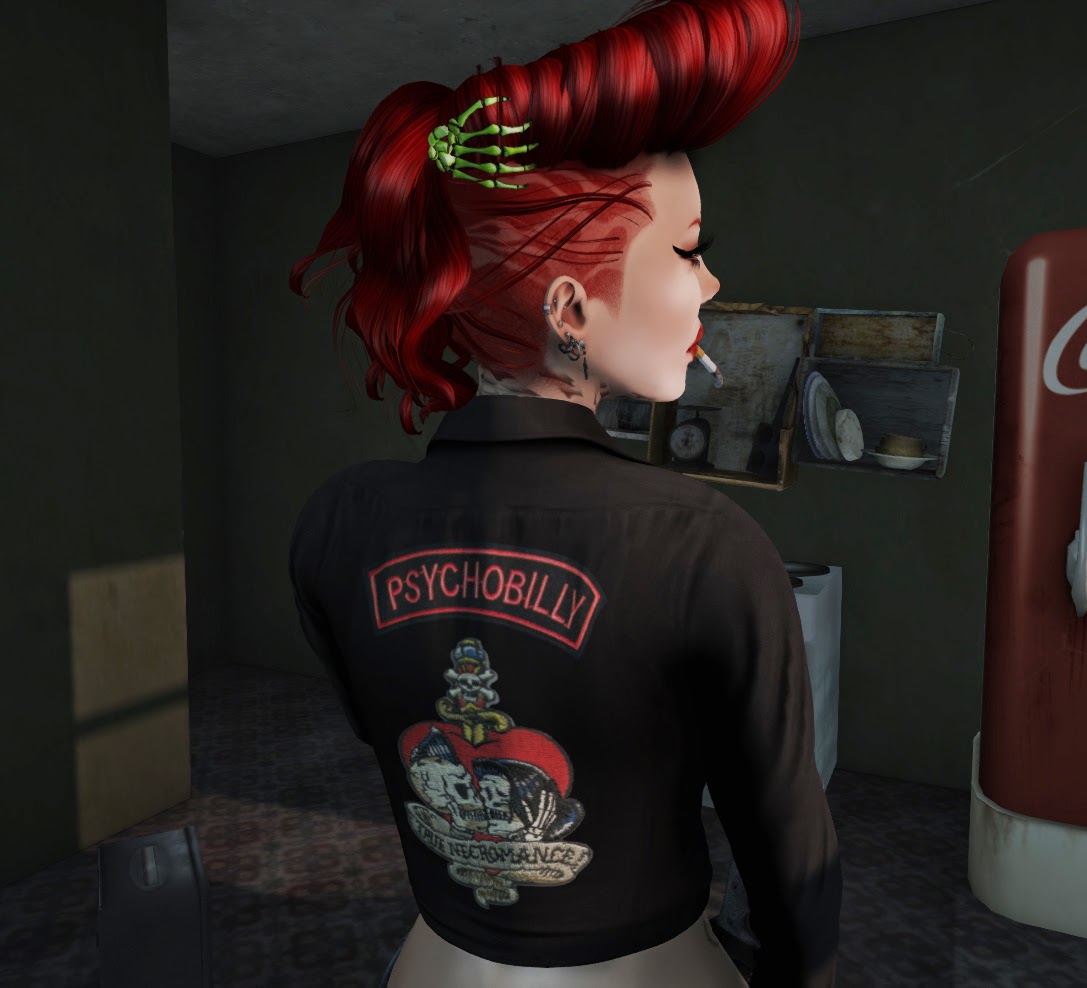 Once again loves, I am back with some awesomeness!!

So what you're looking at here is another one of my absolute fav looks in Second Life! I have several but the Psychobilly look just rocks my socks! And it's a pretty challenging look to accomplish in Second Life because not many really do it right. Or if you do find it...it just falls short of being bad ass. And to be psychobilly, you have GOT to have your badassery maxed!

DRBC. Yep. That's who did it again. These tops are at Suicide Dollz (which opened Sunday!) for 100L...why does she love us so much?! We'll never know. Not only with this lil design either, there are several different ones to collect. One cannot simply wear one without the other so I made sure to strap on the newly released Bad Ballet Platforms by FK! Designs I love love love them! 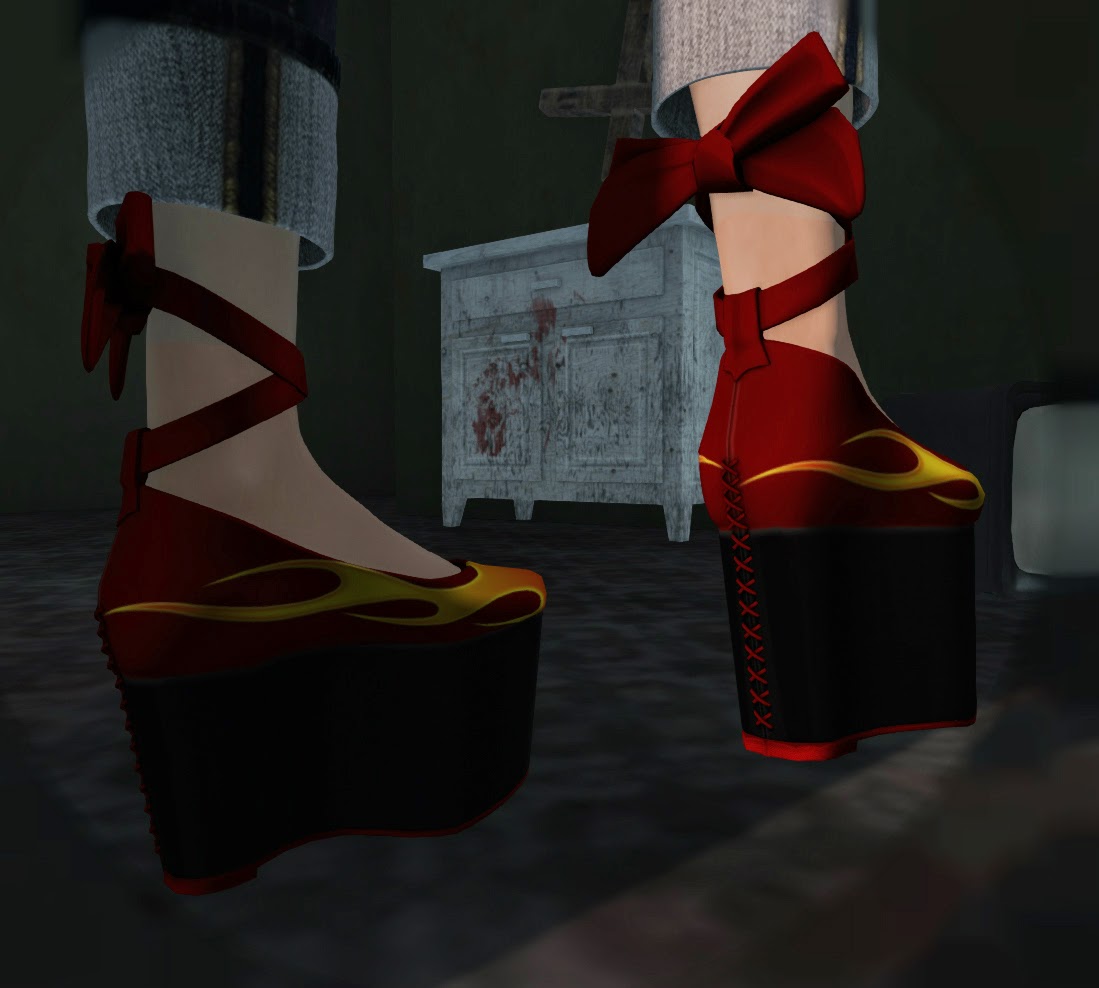 And while I was out and about wanting a nice little bloody place for my shoot...I ran right into a place that I ended up hanging around in for awhile. It's an upcoming horror roleplay sim. Such awesome sights. I had a chance to bug the owner and talk to her about the storyline...sounds pretty awesome! Although I think it's all in German but hey, Google translate for the win!I will definitely be back for another photo shoot and boy if I could manage time right, I would try my best to join the roleplay! 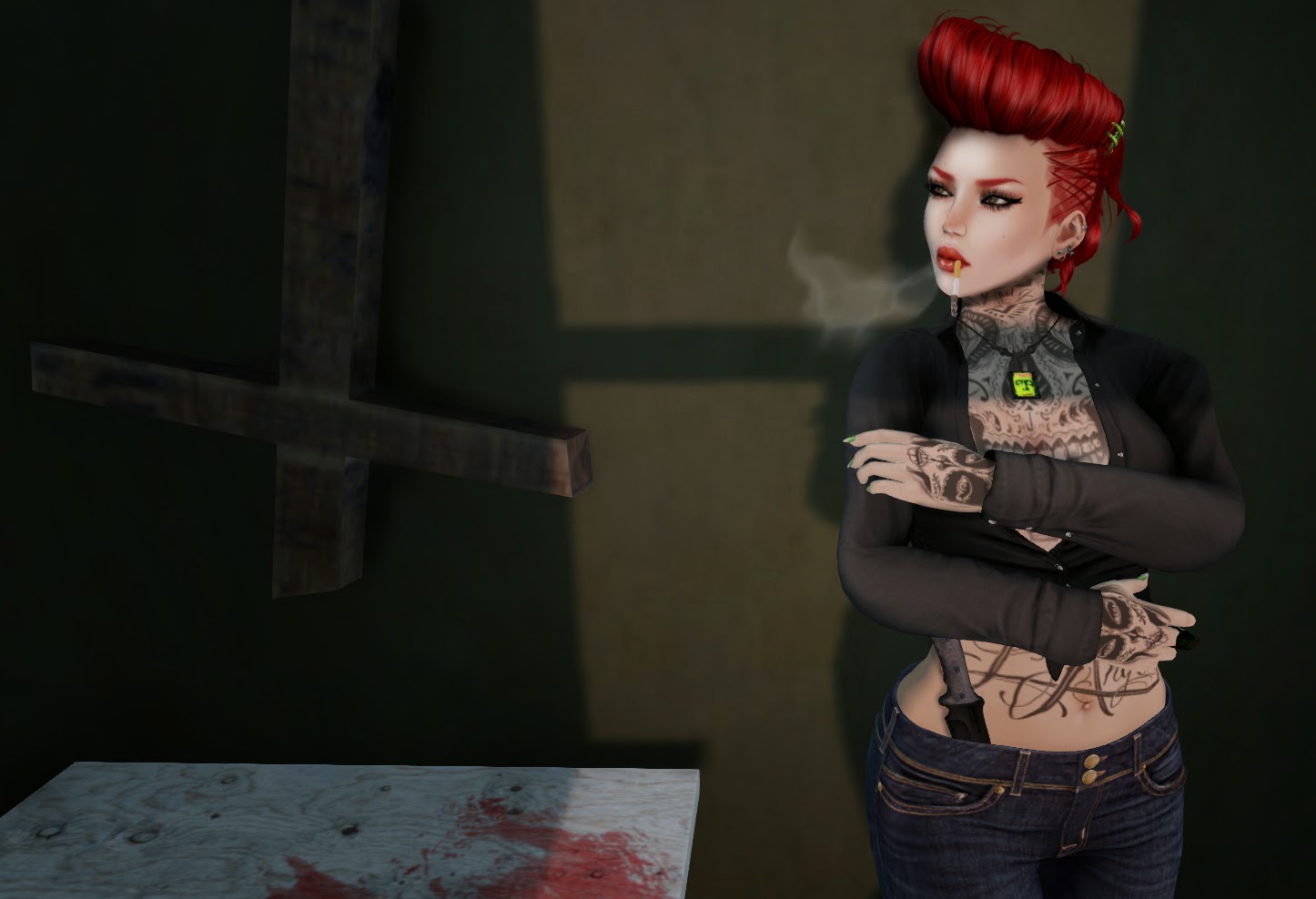 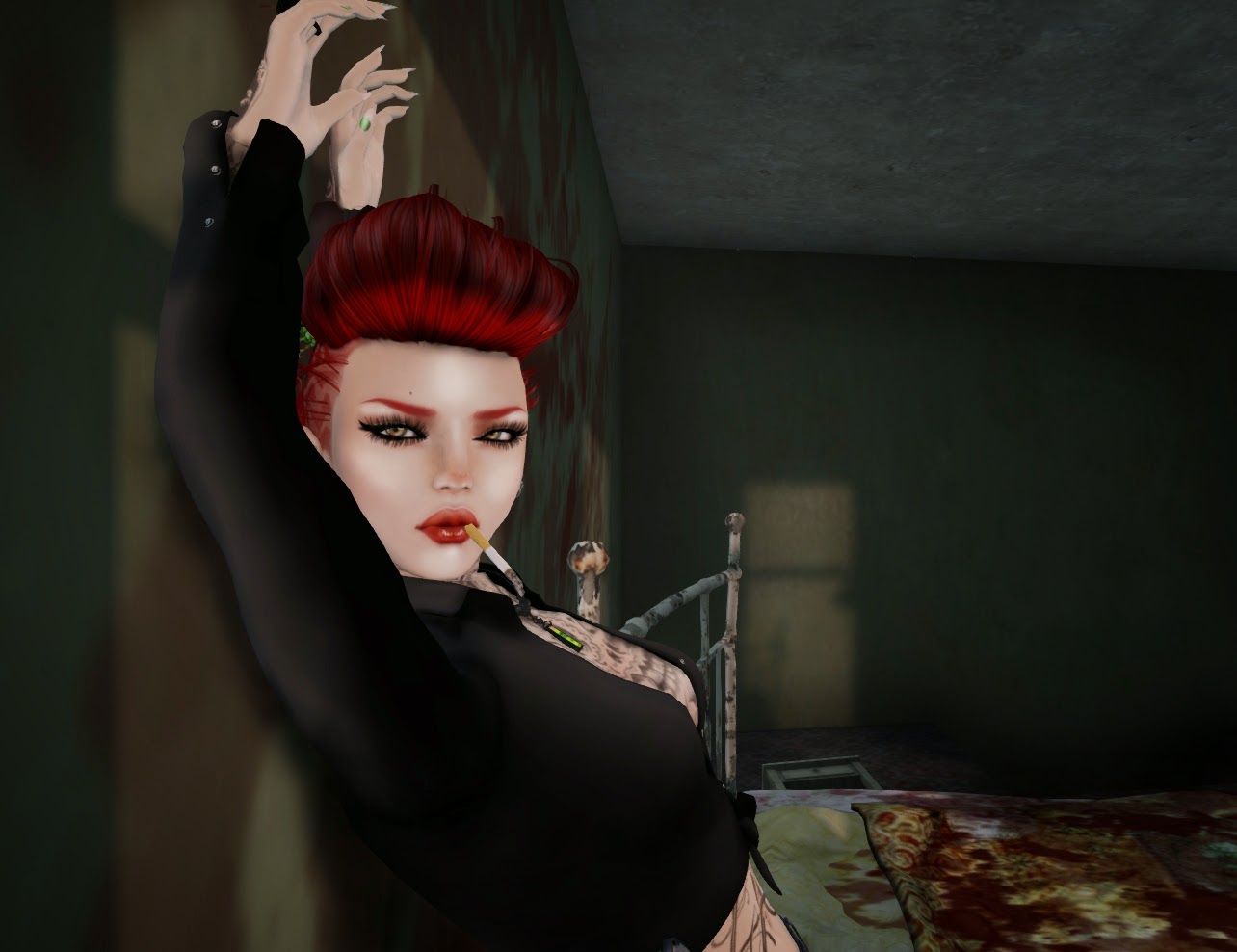 Also featuring another Pose Fair awesome find by Vibe Poses, which is quickly on the rise for Gia's favorite poses in Second Life! Their poses range from artsy to casual, sitting and more! Definitely make them a staple amongst your poses! You will not be disappointed!

From my tattoo to my necklace, and everything in between....you will most likely see Gia in this often!

And this certainly will not be the last of their poses used! <3