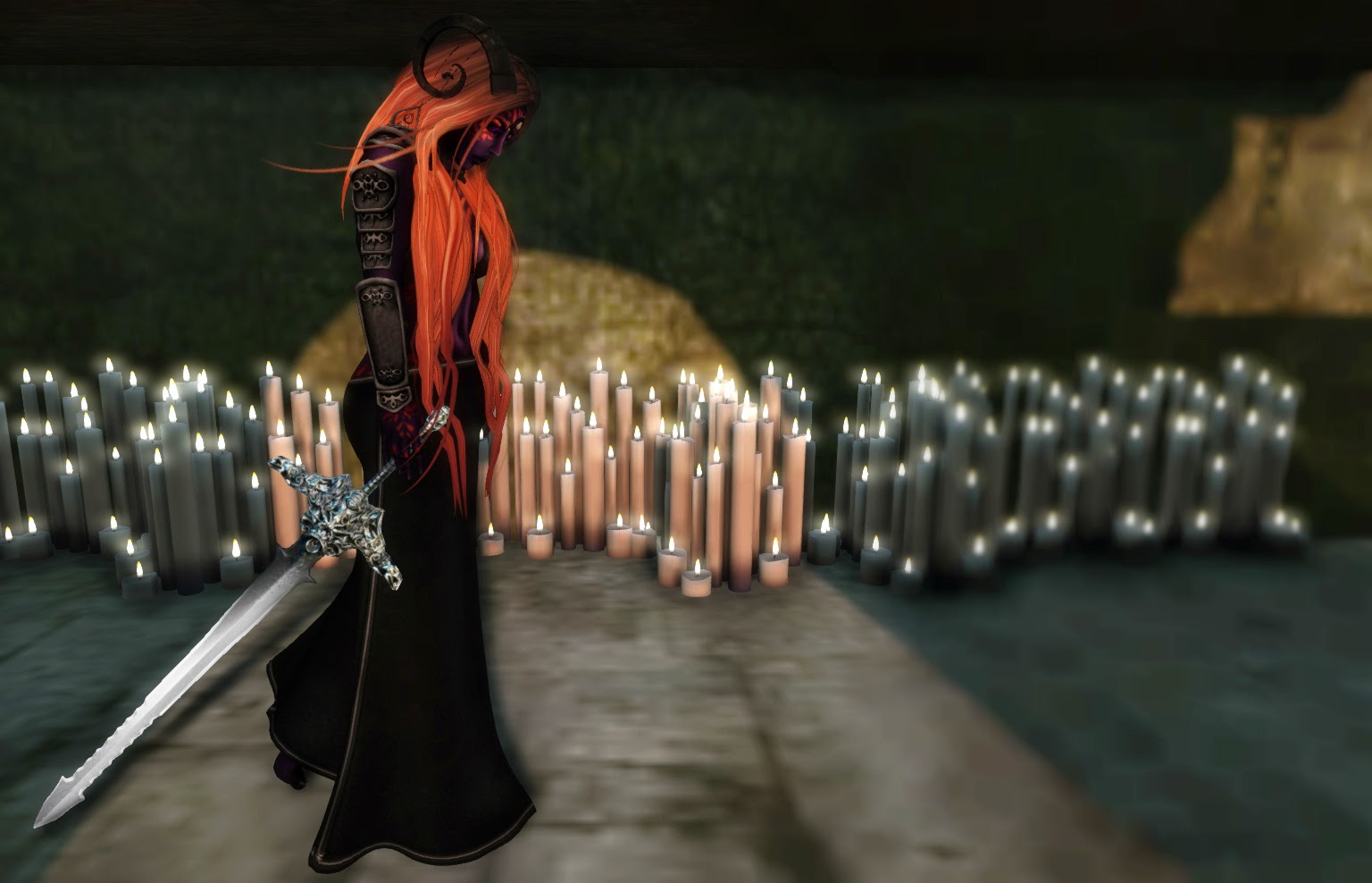 Hey, don't blame me for going on a Fantasy Faire frenzy of blogness. We're given a few days to show you so many things and I just feel...so cheated because I want to show more!
The bloggers (and everyone else who wanted to join) were given challenges to participate in. One of them is called 'Why I Relay'. I wasn't sure if I should/would do this challenge but I think it's something that must be known. The challenge states that it "is for those who do have a personal reason to support Relay for Life events and who would like to share it."

Why do I Relay? Because I am damn mad at Cancer. I remember being in 3rd grade and having a friend named 'Sammy'. He was funny, loud, in your face kinda kid. We had this tire swing that he loved. He'd get on it and wave me over and I would spin him around till we were both pukous. Aaaaand one day Sammy was gone. He was also gone the next day and days and days following that. Nobody ever told us why, he simply wasn't there. Maybe they thought we all would only breifly wonder, then go on with our lives but, I couldn't. With help of my family, I found that Sammy was in the hospital due to complications from his Leukemia. When he found out I was asking for him, he made sure to request 'crispitos' from school and so I would smuggle mine out for him. We did this till my sister had to tell me Sammy wasn't at the hospital anymore...he had passed away. What a shocker for me as a kid. I never forgot him or his round face, most of all his smile. My cousin Benny also had his fight with Cancer and passed away in 2001. A cousin I was just getting to know but he was already loved dearly. The rage inside of me was more than I could express and so I didn't. I boxed it up. My grandfather, another one that passed away due to lung cancer. I never even met him. He died months before I was born.

I relay for the fallen. I can't bring myself to say that they 'lost' their fight with cancer. I won't. They fought harder than most people ever will. I relay for those that are dealing with it right now. I relay to let Cancer know how damn mad I am at it. How much the world needs to be without it ever invading any of our lives ever again.

Oh and by the way, The Plastik made some amazing skins for Fantasy Faire. Seriously breath taking work. Don't miss them!
A lil birdy flew by and told me that even though the events at Fantasy Faire have come to an end, the place will stay in tact till about Tuesday so fret not! You still have a few days to go there and grab a few more things!!