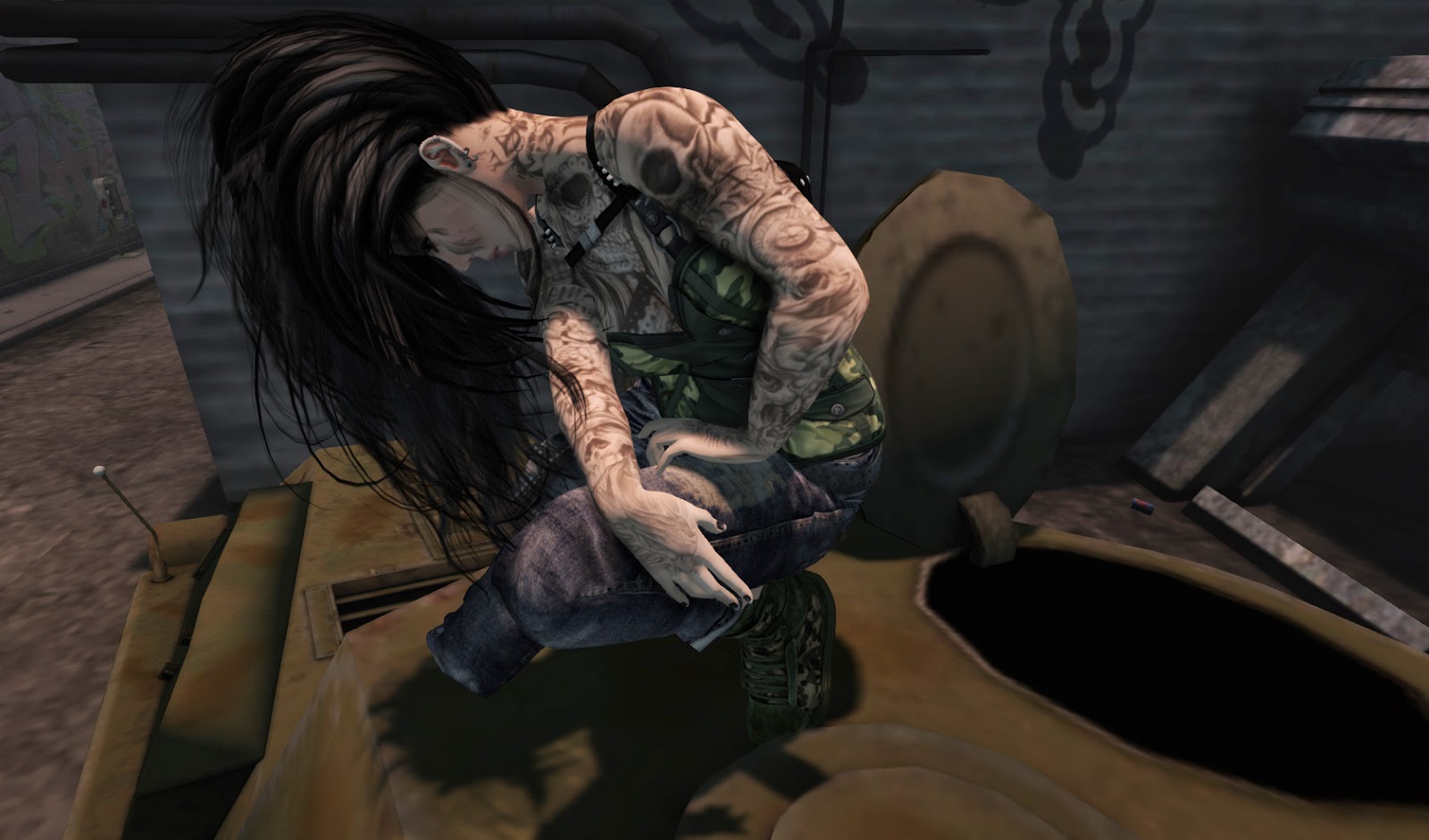 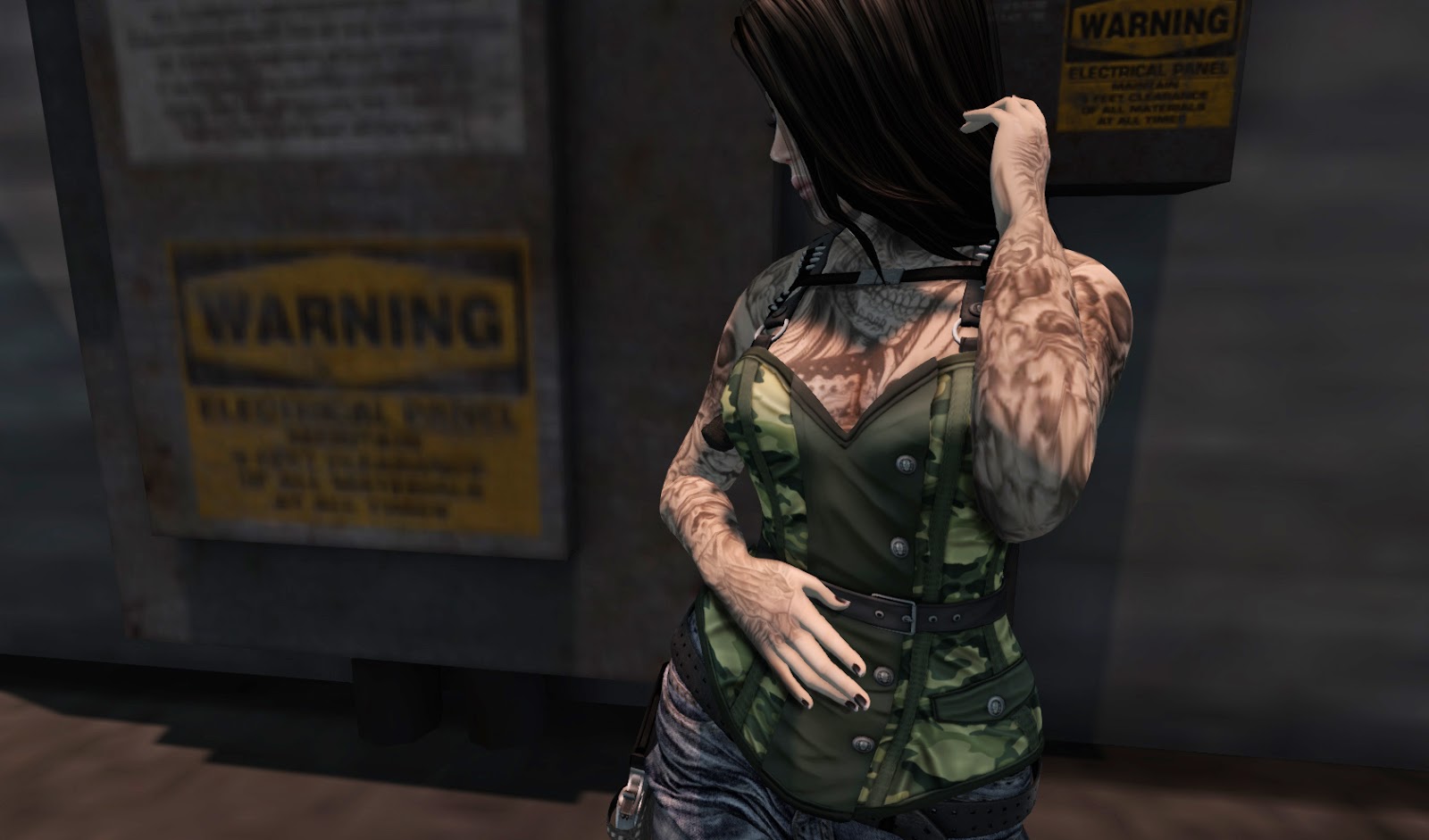 {All Photos Taken at R3volt Mainstore}

So now that Fantasy Faire has came to it's end, I wanted to address a lil bit of something quick. If you've followed me since my start of blogging, you know that this is my return to Second Life. I am in fact an 'old school' SL'er. Not as old as some! But my original rez date goes back to 2006. So upon my return, mesh and all this stuff blew me away! I didn't understand it at all and I am always still learning new things.
I'd see a mesh dress from one place and then see the same dress (different print) and think it was stolen *le gasp*. I didn't know that mesh can be bought by many people and simply textured and sold. Of course there is exclusive mesh...the mesh people make themselves and only use themselves or for their shops, semi-exclusive mesh, so on and so forth. What I learned is that because of this, the quality in texture is so very important. Because, well hell...I could buy a mesh and toss some random color on it....but it's the unique prints and texture creators give it that make it stand out amongst the rest!
My little ensemble here is one with pieces that I admire very much. DRBC is in another round of Suicide Dollz with a set of tops that come in soooo many different prints! Honestly, I sat on the photo idea for awhile because I couldn't choose which I wanted to use. So many ways to wear this top and wearable with the cute azz flawlessly but I also had the Phat Azz on with it at some point and though it cut in just a tad, it was worth it!

Eudora's new camo release went perfectly with it all. Another SL creator that has the textures down flawless! I turn my camera in all directions to admire the work creators put into their creations and Eudora is one of those ones that just let you know it's a penny well spent! Small detail is incredible. 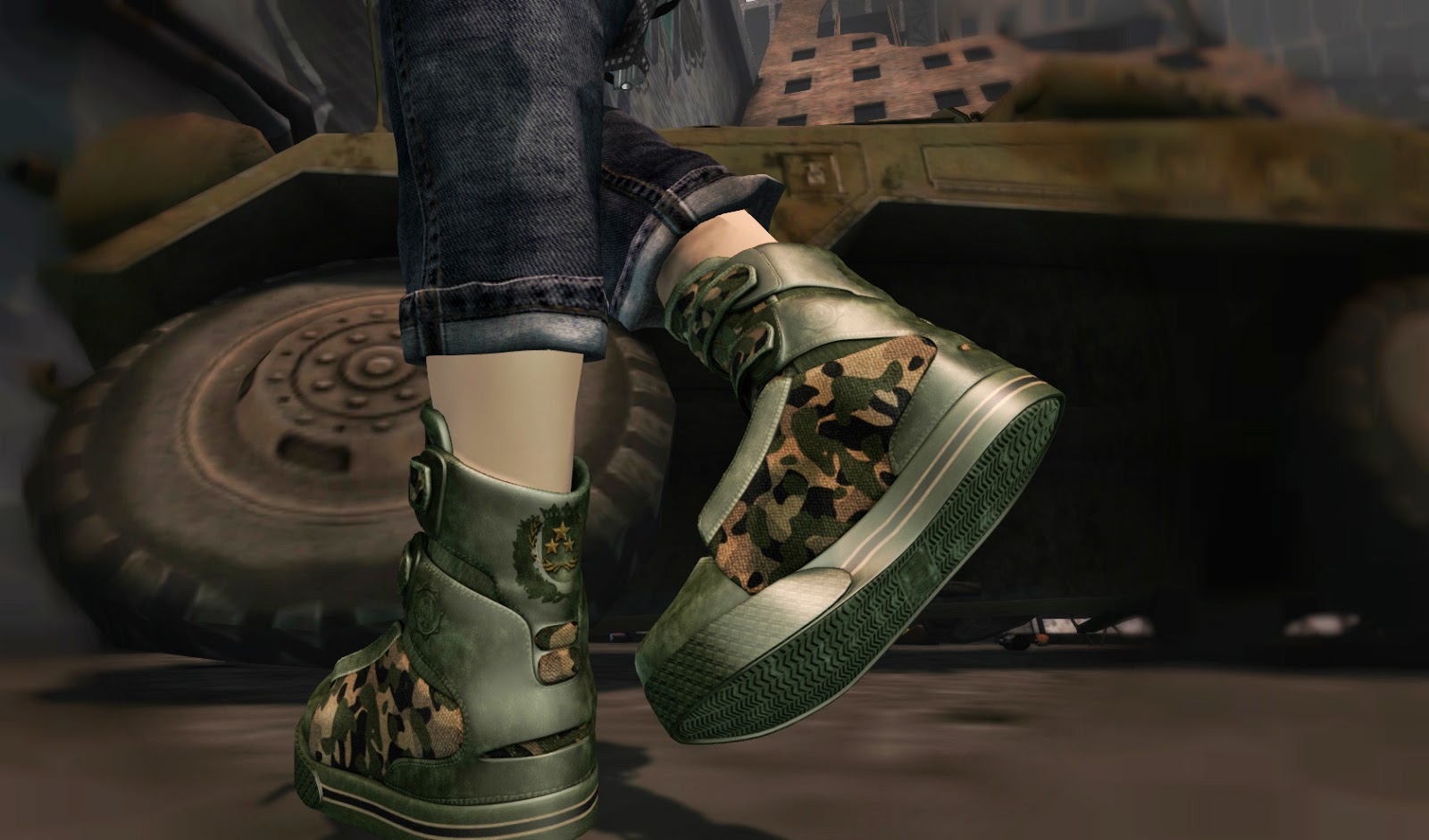 I have a certain love for jeans and I have been collecting them over some time now in Second Life. Has to be a certain type of course. These are made by Chronokit and admittedly, I fell in love with the texture on them as well.
My tattoo, well...it's Reckless, need I say more? The recent tattoos that Reckless has been dealing out are awesome and dark and full of skeletons or some other badassery, I love it! Make sure to follow Reckless on Facebook to keep up with the many events they're involved in and new releases.

Okay okay, enough chatting, I think I've made my point. Eyes open for the gorgeous texture work some of these creators are showing us. Cuz mesh is simply mesh till someone brings it to life!