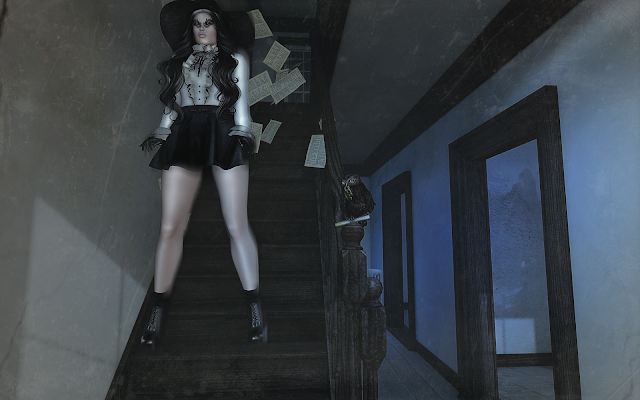 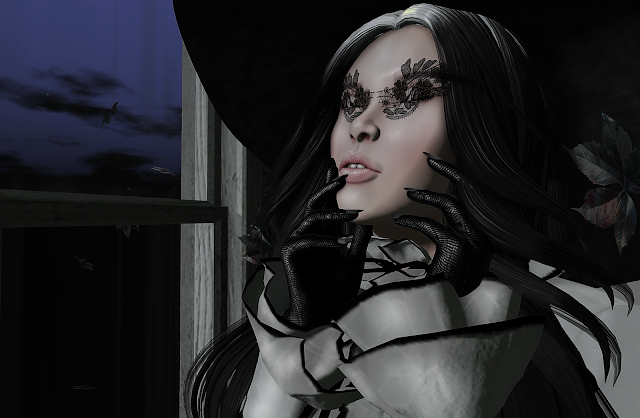 This trend has been on for awhile though more recently in our Second Life....it seems to have caught fire! It's a good thing because it is a good style. When it's done good, it can be amazing!
I fell in love with American Horror Story when I finally gave it a chance. AHS:Coven was season three of the show and I swear it helped push this style right along. Creepy school girl kinda look? Pretty much! With school starting up, it was something that had to be done.
So Livid released this awesome lil gacha with so many goodies that you will need. If you haven't been there already. They should match perfectly with everything you will be snagging at Collabor88 which just opened at 12am SLT!
I was also sure to include the awesome RARE owl by Remarkable Oblivion which is at The Arcade this round. He's such a little cutie!
The awesome skin I am in is by Glam Affair featured at We <3 Roleplay this round. There are several different Lelutka appliers, this was one of my favs and it fit the picture well.
I wont keep you long today, as there are just a ton of things I want to show you and another blog post already in the works!  Have fun shopping and see you all soon! <3